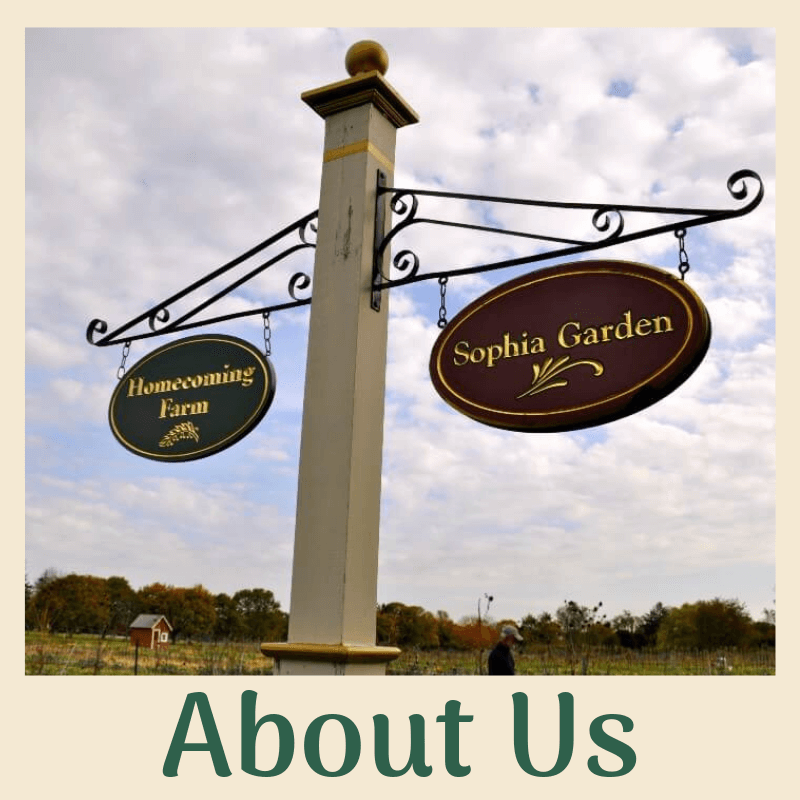 The modern story of Homecoming Farm is interwoven with the history of the land that the farm occupies. In 1875 a group of Dominican Sisters from Regensburg, Germany immigrated to the United States. They first arrived in Brooklyn and ultimately moved out to Amityville. Once here, they farmed the land to feed themselves and the orphans of other German immigrants who had been entrusted to their care. They grew vegetables, planted an orchard raised cows, pigs and chickens. The root cellar where they stored their vegetables is on the National Historic Register. 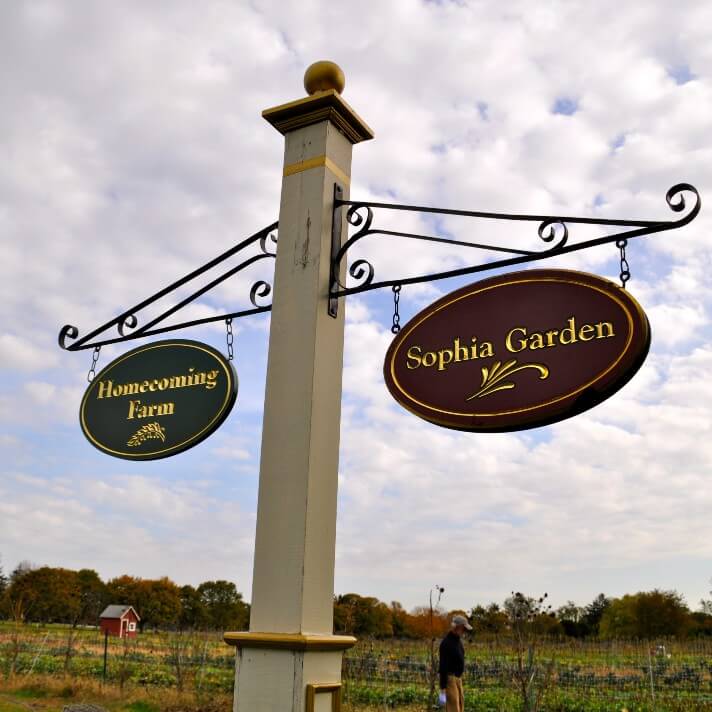 Homecoming Farm began in 1996 as Sophia Garden, an organic garden project, when a group led by S. Jeanne Clark, OP dreamed about modeling a sustainable way of living on Long Island with a garden at its center.

At the same time, the Dominican Sisters were meeting in a committee called Global Awareness to look at our changing times and a new order of things that included a view towards how we care for Earth. The Committee proposed the creation of an organic garden at their Motherhouse in Amityville.

It was the energy of these two groups that met and mingled in Sophia Garden.

The Garden was named after Sister Sophia, an Amityville Dominican, who cared for and nurtured the land at the Motherhouse in Amityville.

Planning for the Future

In 2010/2011 The Board of Directors of Homecoming engaged in a Visioning Process exploring the mission of Sophia Garden, the organic farm model and our future. While Sophia Garden has always donated organic food to local pantries, we decided we needed to make a greater commitment in response to the growing need for food-specifically food grown without pesticides for the most hungry among us on Long Island.

Additionally, while exploring the history of Amityville and the Dominican Sisters as farmers, it became apparent that we all share a common history of farming throughout the world. We celebrate our collective history and invite each of us to Come Home to our common ground. The Board of Directors (with the support of the Central Council of the Dominican Sisters) unanimously voted that Sophia Garden would be called Homecoming Farm.

Through our NOFA-NY LLC certified organic Community Supported Agriculture (CSA) project, Homecoming Farm, we enable members to experience growing organic food for themselves, other members and those in need in the community through a partnership with The Interfaith Nutrition Network, (The INN).Our goal is to contribute food to the hungry among us, Not just from our Surplus, but from our Source.

From its very inception, the farm was seen as a way to create a New Supportive Economy for Farmers, to connect people to a Sense of Place: Their Place, which is Long Island, and to experience a relationship of Oneness with ALL of Creation.

We celebrate our ancestry as farmers as well as our responsibility towards future generations.

We do not inherit the earth from our ancestors, we borrow it from our children.
Native American Quote

Homecoming Farm has been a NOFA NY LLC, certified organic farm for over 15 years and is one of the oldest certified NOFA NY-LLC organic CSA farms on Long Island. We are celebrating our 23rd season as a CSA farm on Long Island.